Bright children and anxiety tend to go hand in hand. Â Bright children worry about many things,Â from personalÂ interactions with othersÂ toÂ global issues. Â In the same way thatÂ theyÂ think about thinking, theyÂ may also have anxiety about having anxiety. Â Some anxiety is positive asÂ it serves as a motivator. Â Problems ariseÂ when it becomes paralyzing.

TYPES OF ANXIETY IN CHILDREN

There are several types of childhood anxiety identified in the DSM-5, (Diagnostic and Statistical Manual of Mental Disorders, Fifth Edition).Â

Agoraphobia: Â Avoidance of social situations which may prompt a panic attack.

Generalized Anxiety: Â Ongoing worry about a varietyÂ of situations.

Obsessive-Compulsive Disorder: Â Characterized by an intrusive obsession that drives a compulsive behavior. (This is discussed in more detail below).

Post-Traumatic Stress Disorder (PTSD): Â Anxiety stemming from a traumatic experience from which the child cannot seem to recover.

Separation Anxiety: Fear of leaving a parent due to a belief that something bad will happen to the child or parent while they are apart.

Social Phobia: Â A persistent fear of social or performance situations in which a child is exposed to scrutiny or unfamiliar people.

Specific Phobias: Â A pervasiveÂ fear that is triggered by the presence or anticipation of a specific situation or thing.

PerfectionismÂ is an additional type of anxietyÂ which is not identified in the DMS-5. Â Perfectionism isÂ  comprised of thoughts and behavior which areÂ driven by a fear of failure. Â

Many brightÂ children have some characteristics of OCD, warranting a dedicated section to this particular anxiety difference. Â  BrightÂ children often enjoy organizing people and things into some type of systematized order. They mayÂ construct complicated rules or systems that are not always appreciated by their peers. They can be seen as bossy, rude or domineering. These children seek to learn and follow the rules of life and are most comfortable with consistency. These character traits have led Obsessive-Compulsive Disorder (OCD) to be one of the most commonly misdiagnosed conditions in gifted children.Â

Bright children who are auditory-sequential learners may take things very seriously and can be very intense. Their seriousness can cause them to appear rigid, worried or depressed when they mayÂ not be experiencing these feelings at all. Some of these characteristics can lead to a misdiagnosis of OCD.

According to theÂ DSM-5, (Diagnostic and Statistical Manual of Mental Disorders, Fifth Edition), OCD is characterized by the presence of obsessions, compulsions or a combination of the two.

1. Recurrent and persistent thoughts, urges, or impulses that are experienced, at some time during the disturbance, as intrusive and unwanted, and that in most individuals cause marked anxiety or distress.

2.The individual attempts to ignore or suppress such thoughts, urges, or images, or to neutralize them with some other thought or action (i.e., by performing a compulsion).

1. Repetitive behaviors (e.g., hand washing, ordering, checking) or mental acts (e.g., praying, counting, repeating words silently) that the individual feels driven to perform in response to an obsession or according to rules that must be applied rigidly.

Note:Â Young children may not be able to articulate the aims of these behaviors or mental acts. 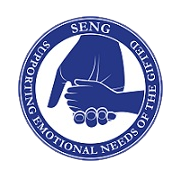